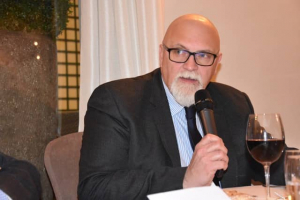 Alain Jourdan started his career as a journalist in Lyon. In 1987, he covered for the newspaper Le Progrès the arrest of Max Frérot, the arsonist of the far-left terrorist group Action Directe. For several years he followed major legal cases such as the massacre of the Order of the Solar Temple in Vercors in 1995. In 2001, he joined the editorial staff of La Tribune de Genève and followed the investigation into the assassination of the French banker Edouard Stern. He wrotes two books on the case. In 2009, Alain Jourdan took a new turn in his career by abandoning the press benches of the courts for the corridors of the Palais des Nations. Having become a permanent correspondent with the UN, he reports on negotiations on Iranian nuclear power and the Syrian crisis. With the rise of radical Islam, he is also interested in the problem of religious terrorism by rejecting partisan and conflictual approaches.

Alain Jourdan is the winner of the Bouvier Prize 2012.