« In order to fight against radical Islam, is a law able to save the Republic? »

Three lines of thought emerged throughout the debate: The first line of thought concerns the bill itself and its limitations; The second goes beyond and concerns the means at the disposal of the French state to be able to better deal with radical Islam, a subject which plagues not only French society but also many European societies; The third and final aspect concerns the wider global and international dimension of the issue at hand.

A necessary but insufficient bill

If the bill is indeed the initiator of these discussions that provoke an intellectual emulation, it is clear that it is insufficient given the French context. Indeed, the terrorist attacks of the past decades have certainly marked the minds of the people and pushed the successive French governments to introduce numerous measures as to harden its legal arsenal and equip itself with a true anti-terrorism doctrine. However, they have not offered solutions to the problems facing the country today. 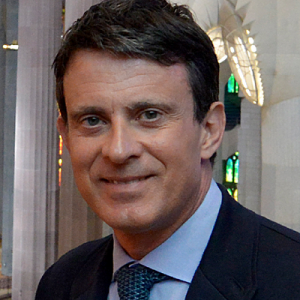 The Islamist terrorist attacks that France suffered in the 1970’s, 1980’s and early 1990’s, regardless of their different perpetrators, were all committed by foreign state and non-state actors. It is only natural that the measures taken in those years by the state focused mainly on the violent and external character that the Islamist threat could represent. However, in 1995, with the attacks committed by the Kelkal network, it was possible to see the evolution of the nature of the terrorist threat, due to the use of French operatives and French logistical networks. The attacks of March 2012 in France, perpetrated by Mohamed Merah, confirm this trend and reveals the endogenous nature of the threat the country faces.

The state focused on the violent aspect of the events, leading to the lack of recognition of the in-depth ideological work that was being carried out in French districts. The anxiety-provoking atmosphere generated by the attacks severely impacted the perception of what was “moderate”. Indeed, violence was then the only cursor used in order to distinguish radicalization from moderation, which allowed the presence of proselytizing work supported by various organizations, in particular that of the “Muslim Brotherhood”.  The absence of the state on this ideological aspect has allowed the development of enclaves such as Trappes, where many sentiments going against republican ideals have developed, giving rise to “separatism”. The fight must therefore not be directed only against these violent acts, an expression of the terrorist threat, but also against political Islam, expressing a desire to break up society.

The Mureaux speech by the President of the Republic Emmanuel Macron marks the first step in the expression of the French state in the face of this threat. The new attack on the former Charlie Hebdo premises and the assassination of Samuel Paty underlined the urgency of providing the state with the necessary measures to be able to combat the presence and influence of political Islam in France. Bill 3649 that was presented to the Assembly on December 9th, 2020, is its legislative expression.

This decision to go on the offensive, whether through the President’s speech or the proposal of the bill, nevertheless remains insufficient. The title of the bill itself “bill consolidating respect for the principles of the republic” insufficiently indicates the will to fight against separatism. It certainly provides administrative means to better fight against this ideology, but this does not translate into a “law of political, cultural and ideological combat”. The bill still answers to certain needs of the state regarding this matter and can be defined as a beginning of the establishment of an anti-Islamist doctrine. However, by its nature of law, alone in the face of an ideology, it remains insufficient.

A cultural and ideological fight at the centre of the conflict

In order to go beyond the law, the struggle against political Islamism is mainly cultural and ideological. To achieve this objective in France, several paths are mentioned:

These paths are difficult to implement. They not only require considerable financial support but also time. It is “the affair of a generation”, which cannot simply evolve through the sporadic impulses of the State and of French society whenever an attack occurs but rather requires an investment impermeable to all forms of relativism and apathy.

The fight against radical Islamism, a more global conflict demonstrating an issue of civilization

The fight France must face is not isolated but rather testifies to a global phenomenon. Political Islam, in its internationalist and hegemonic logic, has indeed spread to many nations. Symptomatically, the installation of the “Muslim Brotherhood” in Germany and Switzerland demonstrates a hold over European territory as a whole, But Saudi Arabia also contributed to the extension of the influence of political Islam, by propagating Wahhabi thought through the “World Islamic League” (which notably settled in the 1970’s in Brussels, the European capital). The areas of confrontation are multiplying, notably in India with the struggle between the Hindu and the Muslim world, while China faces an ongoing issue with its Uighur minority.  These conflicts are not confined to geographic areas but even go further to a battle for influence within Islam itself.

Europe, however, remains the main target for political Islam. Indeed, it is an ideal target given the contradictions inherent to democracy that facilitates the possibility of a separation between certain populations and the rest of its citizens. The possibility of a rise to power of the far right is thus seen as extremely favorable to the Islamist cause. It would seize this opportunity to rally moderate Muslims and provoke confrontation.

France must therefore not only act at a national level but also at an international level. In reaction to the attacks of September 11th, 2001, military cooperation was established between Western countries. Similarly, intra-European cooperation, involving Belgium, Denmark, Spain, France, and the United Kingdom started during the previous decade. This cooperation has enabled intelligence services to establish joint taskforces. This climate, culminating in the combination of the fight against political Islam and the identification of thousands of Europeans in Syria, will have highlighted a real need for Western states to work together.

Regarding international cooperation, France must also face the rejection of its secularist, republican and integrationist model, which is perceived by the Arab-Muslim world and the Anglo-Saxon world as a model of exclusion of Muslims. These conceptions, different from the French model, will be at the heart of the challenge that France will have to take up in the years to come, and will require a considerable communication effort, in order to spread the ideas of gender equality, secularism, democracy and universal values, which are the values that constitute humanity.